The Greatest Hoax On Mankind Is

That Climate Changes Are Caused By Fossil Fuels!

Fossil Fuel causing climate changes is the greatest hoax that has ever been played on mankind EVER.

If you Google Climate Change and this is what you will find as a definition:

"A change in global or regional climate patterns, in particular a change apparent from the mid to late 20th century onwards and attributed largely to the increased levels of atmospheric carbon dioxide produced by the use of fossil fuels."

Furthermore, it is stated that:

"Climate change is the catch-all term for the shift in worldwide weather phenomena associated with an increase in global average temperatures. It's real and temperatures have been going up around the world for many decades. Reliable temperature records began in 1850 and our world is now about one degree Celcius hotter than it was in the period between 1850 and 1900 – commonly referred to as the "pre-industrial" average."


And Is A Pile of Horse Manure

Their predictions have been wrong for almost 50 years, but they still have credibility? Even a blind squirrel finds a nut once in a while. These idiots can't even get lucky once!

No. I am NOT a climate change denier. Climate changes all the time. There are even names for these changes: Summer, fall, winter and spring. Duh. And guess what. Every season is not the same as the last one - they change ALL the time. Read

Global Climates ARE NOT A CONSTANT! World Wide Weather patterns and temperatures have been changing for as long as the earth has been in existence and will continue to for reasons that has NOTHING to do with fossil fuels or mankind.

Furthermore, man couldn't influence Climate Change if it had to.

Ask yourself one question: Is todays global temperature the norm?

We have been only recording global temperatures for a little over a 100 years, so how do we know that the last 100 years is the NORM?
Greenland As An Example

In 985 AD, Erik the Red started a colony in Greenland. For 4 centuries is was warm enough that they had approximately 620 farms. There were were surrounded by forests of 4- to 6-metre tall birch trees and by hills covered with grass and willow brush.

Then In the 14th century, they were hit with the Little Ice Age and things changed. It became colder, much colder.

The Little Ice Age brought colder winters not only to Greenland, but Europe and North America. Farms and villages in the Swiss Alps were destroyed by encroaching glaciers during the mid-17th century.

The Little Ice Age ended in the latter half of the 19th century or early in the 20th century.

And the Point Is

What is the Point of this? Simple. What part did Fossil Fuels play in the Medieval Warming Period or the Little Ice Age? If fossil fuels are the culprit of Global Climate Change today, where did those pesky fossil fuels orientate from back then to change the Global Climate?

The answer is simple. Fossil fuels did not effect the Global Climate then, (because there weren't any) thus they DO NOT have an impact on Global Weather today. NONE. NADA. It's a hoax.

Global Temperatures Are Not Set - They Change Over Time

The temperatures were a lot warmer around 850 AD, and then cooled during the little ice age.

Temperatures have been rising since the late 1700s.

What caused the change?

Certainly not man and/or fossil fuels!

Other forces are at work, and until scientists figure out what they are, they are just blowing smoke (Up your… well, know where).
Lying is a great time saver. You can predict world wide calamities without having to be provide actual proof; just make scary stuff up and misrepresent the rest.
If Not Fossil Fuels Or Mankind, What DOES Cause Climate Change

Glad You Asked. The Long Term cause of World Wide Climate Change is the Variations in Earth Orbit as it makes it way around the Sun. Other factors influence global climate change in the short term (meaning anywhere from a few years to a few centuries), but the main influence in global weather is Earth's Orbit around the sun and the slight eccentricity of the earth's rotation.

Earth's Orbit Around the Sun

Earths fluctuation in temperatures are the result of cyclical changes of Earth's orbit around the sun. (And Sun Spots) Period. End of story. Right now, we are in the middle of a cycle that, 8,000 years ago, transformed the Sahara into the desert that it is today.

UC Santa Barbara geologist Lorraine Lisiecki (Article) noticed a pattern that connects the regular changes of the Earth's orbital cycle to changes in the Earth's climate and believes that cycle repeats itself every 100,000 years when world wide glaciation occurs. (Cold periods when glaciers covered large parts of the world).

What Are These Cycles Called?

They're Called The Milankovitch Cycles

The episodic nature of the Earth's glacial and interglacial periods within the present Ice Age (the last couple of million years) have been caused primarily by cyclical changes in the Earth's circumnavigation of the Sun. Variations in the Earth's eccentricity, axial tilt, and precession comprise the three dominant cycles, collectively known as the Milankovitch Cycles for Milutin Milankovitch, a Serbian astronomer and mathematician who is generally credited with calculating their magnitude.

The Milankovitch Cycles are the reason for global climate change, not fossil fuels, mankind nor the total amount of solar energy reaching Earth!

These 3 Milankovitch Cycles impact the seasonality and location of solar energy around the Earth and are the culprit that create the contrasts between the seasons.

Read About The Milankovitch Cycles
Common Sense Is Out the Window

The biggest problem with most research is that the researchers are focused on a snap shot of what the temperature at a given time and the chemical make-up of the sample. In short, they are looking at what the temperatures WERE AT A GIVEN TIME, BUT NOT WHAT CAUSED THEM.

WITHOUT TAKING INTO ACCOUNT THE FORCES BEHIND CLIMATE CHANGE, ALL ASSUMPTIONS ARE NONSENSE! It's like the saying: "Cannot see the forrest because of the trees." They are doing a Socrates: Drawing conclusions from physical evidence they SEE and not taking into consideration MAJOR outside forces they CANNOT SEE, like the sun, earth, and the earth's orbit eccentricity, axis tilt and precession.

Yes, these researchers are trained professionals, but only in their field. They ARE NOT looking outside their field of expertise for a full explanation, but making assumptions on a narrow range of knowledge.

CLICK HERE to E-mail this page to a friend.
Is Coal Killing Mankind?

So, when man began using fossil fuels to better his life, he almost doubled his life expectancy.

Sounds like someone doesn't know what they are talking about.

The only denier's are those that claim fossil fuels are killing man.

And anyone who believe these people are useful idiots.*
*Useful Idiot:

A useful idiot is a derogatory term for a person perceived as a propagandist for a cause whose goals they are not fully aware of, and who is used cynically by the leaders of the cause.

The term was originally used during the Cold War to describe non-communists regarded as susceptible to communist propaganda and manipulation.

The term has often been attributed to Vladimir Lenin, but this attribution is unsubstantiated.
Sources On The
Great Hoax
Dr. Roy Spensor
Global Warming 101Clive Best
10 Reasons It's A HoaxJD Heyes
Proof It's A Hoax30,000 Scientist Agree
It's A HoaxMore Fraud By Climate Alarmist
CO2 Does NOT Trap HeatThen There's George Carlin
Saving The WorldAnd FYI: Read
Fallacy Of Green Energy
By Clive Best 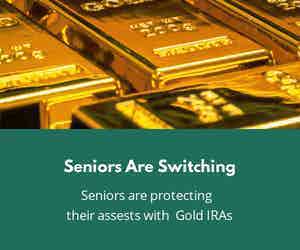 "3. For the time will come when people will not put up with sound doctrine. Instead, to suit their own desires, they will gather around them a great number of teachers to say what their itching ears want to hear.

4. They will turn their ears away from the truth and turn aside to myths."